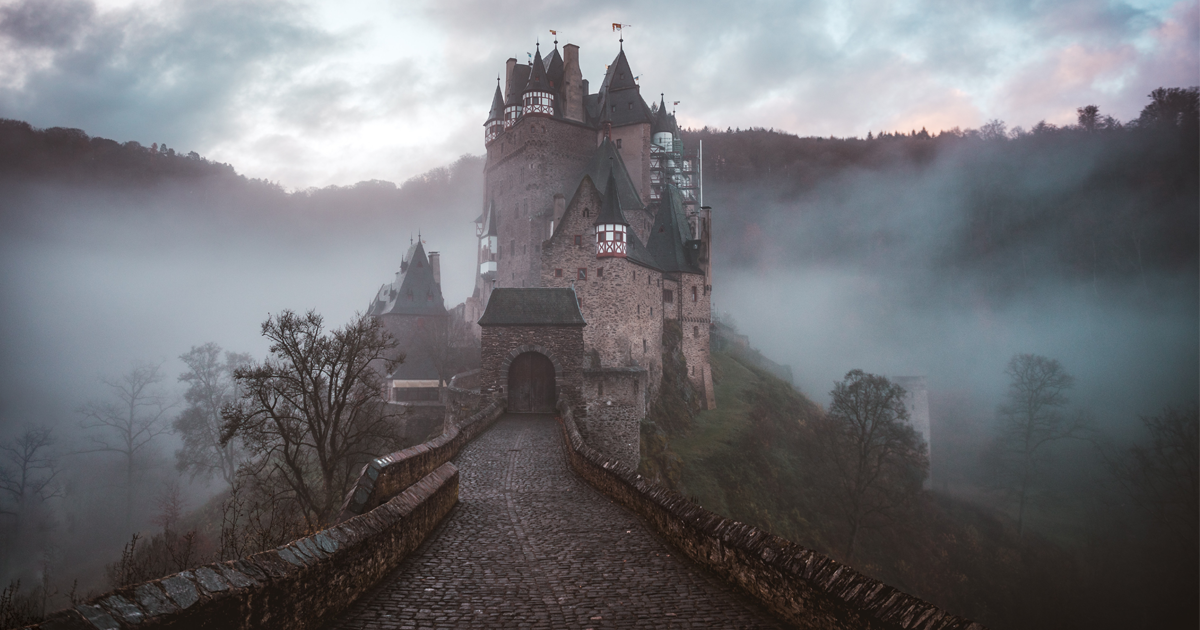 The Man in the High Castle

Have you watched the Man in the High Castle Amazon Prime TV series?

My husband and I watched all three seasons this summer. If you haven't seen it or heard of it (many of my friends have not), please indulge me for a minute while I give you some context.

This is a story about an alternate reality. In this show's version of history, the Nazis and the Japanese win World War II.

Consequently, the United States is divided into three separate geographical areas. The Third Reich occupies the east. The Japanese occupy the west. And in between, there is a lawless Neutral Zone.

A secret organization—The Resistance—uses 35mm films to show the Americans a world in which the United States won the war. Among other revelations, the films include U.S. troops in combat, the bombing of Japan, and everyday Americans celebrating the end of the war.

The Americans who watch the films are confused and surprised, yet hopeful. Hope for a different reality is exactly what these people need.

The Man in the High Castle is fascinating in a disturbing kind of way. As we've watched, I feel more and more grateful for the Greatest Generation, for our freedom, and for the fact that I live in today's America. And I also feel disgusted.

Some of the scenes turn my stomach, and I'm not just referring to the violence. I'm talking about the scenes where Americans salute Hitler or women dress and perform like Geisha girls to survive or a "genetically-damaged" teenager commits himself to death in order to cleanse the Reich.

Thank God, and I really do mean thank God, that the United States actually did win World War II. This is not a world I'd want to live in.

Hope for a different reality is
exactly what these people need.

Throughout the seasons of the show, I've consistently thought,

Why aren't the elders reminding the younger generations of the life they once led? Lives of prosperity and freedom?

Even if they are under a foreign regime's rule, why don't they try to keep their history alive, at least in private?

I want to scream, "Tell them! Tell them what it was really like!"

There is a small set of Jewish-Americans who try to keep their traditions alive in secret, but most of the Americans barely refer to their past lives. They simply assimilate into their new reality.

The last episode of the third season is entitled "Jahr Null," which means Year Zero in German.

The Ministry of Propaganda is tasked with removing all U.S. history, so the population controlled by the Third Reich can start over at year zero—literally, they plan to erase all of U.S. history.

This week, we just happened to watch the episode in which the Reich begins the implementation of their plan. Jets fire on and topple the Statue of Liberty.

Admittedly, this was not one of our best decisions as this week, we remembered September 11, 2001 and 2012. So many of our emotions were already heightened as we recalled the events of both days. The fear, sadness, grief, and anger were overwhelming even all of these years later.

I also remember the positive emotions of September 12 and many days and weeks that followed. Americans came together with pride, patriotism, and a new appreciation for our freedom, liberty, and ability to self-govern.

So, when I watched the teens cheering as Lady Liberty fell into the harbor and as I watched the youth who flooded the streets of New York to celebrate (and riot) their victory, I could do nothing but be thankful that the show was just a "nightmare." I could still wake up, shut the television off, and live my life as I always do.

History will repeat itself if the real
history is not taught and believed.

We Must Tell Our Children Our Personal Histories

A few years ago, I was at a party talking with an acquaintance. He barely knew me, yet he had no problem trying to convince me that the Holocaust had never happened.

My stomach turned just as it did so many times while watching the TV show. I told him he was categorically wrong and promptly ended our conversation. I couldn't get away from Evil fast enough.

History will repeat itself if the real history is not taught and believed.

Sharing our own stories with our families, our communities, and the world is one powerful way to educate the generations that come after us.

Historians control the pen and can write history books that push their own agendas. Angry mobs can tear down historical monuments. Campaigns and journalists can attempt to rewrite history to support their own candidates (and I mean on both sides).

But none of these people can write your story.

Your story will be more believable, more applicable, and more empowering to your readers than the revisionist history or the High Castle alternate realities will be.

You just need to share your personal history honestly with humility and courage.

Your Personal Stories Educate and Empower

I know this from personal experience. The truth written in my Aunt Lucy's memoir, My Part of the War, is infinitely more believable to me than any history book I read in high school or since.

Her sister's memoir, I Thank My Lucky Stars, and her nephew's memoir, The Cute One, add even more dimension to the stories that she tells.

And all of their personal stories are more empowering to me than a stranger's story or a history book ever could be.

It's time to tell your story.

Your story may not seem remarkable to you now, but I guarantee that if your loved ones ever get close (God forbid) to a Jahr Null, your story will have a resounding effect on history and your loved ones' future.

Share your stories often. Save your life story forever.

4 thoughts on “Beware of Jahr Null”