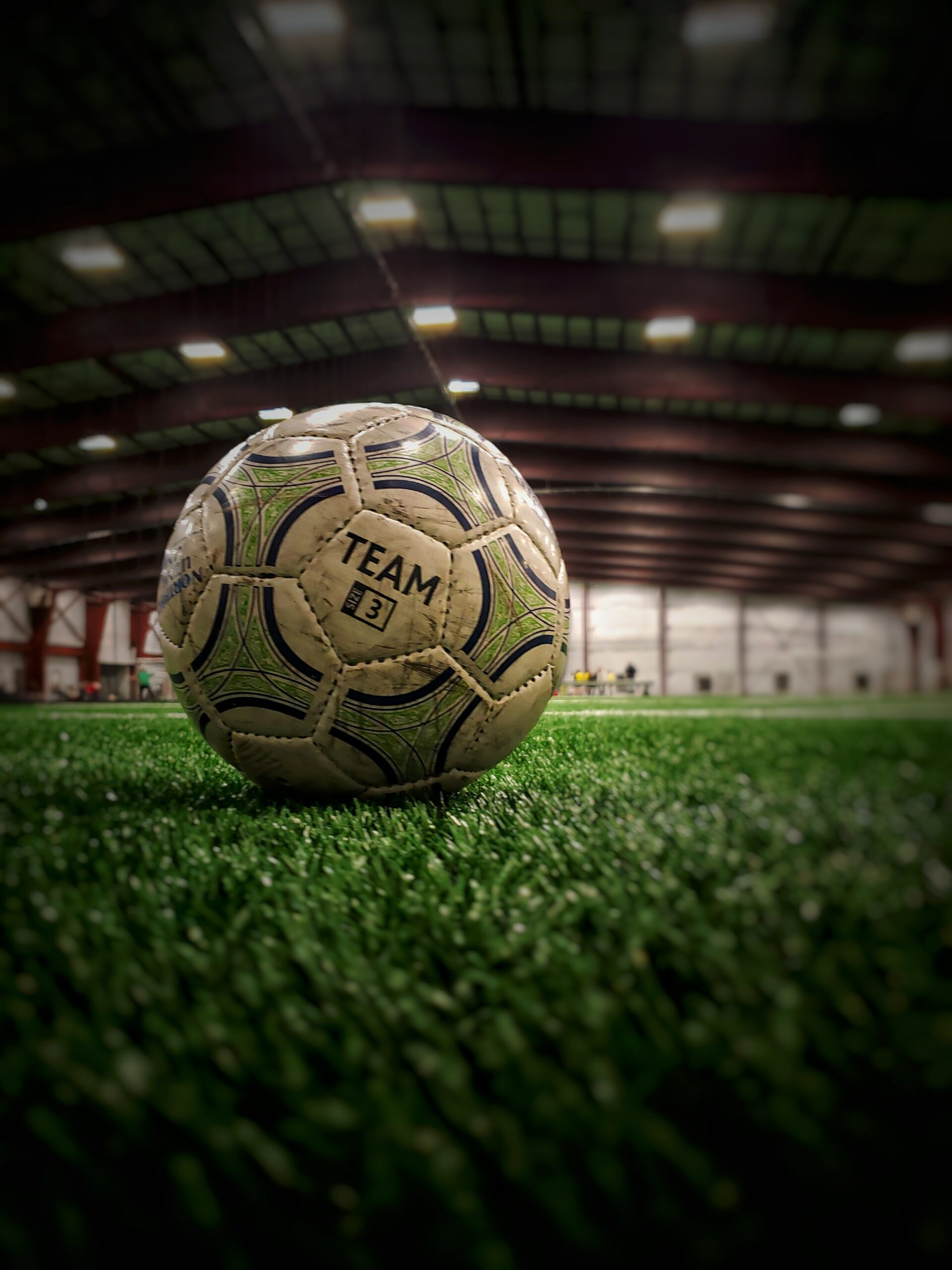 ARE YOU ON THE WRITING TEAM THAT'S RIGHT FOR YOU?

I often talk with people who have started writing their story, but stopped when they became discouraged.

Sometimes, your own negative beliefs and internal baggage discourage you . . . your own stinkin’ thinkin’. (That happens to all of us, by the way.)

Sometimes, your own actions discourage you. You make mistakes and frustrate yourself. You have trouble learning a new skill that you need to make progress. You pay a lot of money but don’t get what you paid for.

Unfortunately, these things happen. You have to remember why you started your heirloom project in the first place and take every opportunity to solve each problem and accept each resolution until you reach your goal.

But sometimes, a team member—someone you trust with a piece of your writing process—discourages you.

And although you are responsible for your own thoughts and actions, sometimes, the people you keep company with can influence you into a downright downward thought spiral.

Years ago, I coached each of my children’s soccer teams.

I always talked with the parents of new players to my teams. I found that some of the parents were disappointed because their children had expressed an interest in giving up the sport.

These players were not destined for a professional team. Most weren’t even planning to play in college. They wanted to exercise and have fun with their friends.

The parents wanted the players to have a positive experience. Unfortunately, many of their children were not superstar players that regularly received accolades. They were kids who worked hard and took criticism to heart.

I did what I always do when presented a challenge—I researched programs designed to improve coaching for youth sports.

To my surprise, I found a program that even had the word positive in its name: The Positive Coaching Alliance.

You have to remember why you started
your heirloom project in the first place.

3 Positives and a Negative

As I implemented a handful of their recommendations, I insisted on one specific recommendation: my assistant coaches, players, and I used the 3 positives and 1 negative rule.

It’s easy to notice all the mistakes someone makes. As a parent or a spouse, you know what I mean, don’t you?

You saw your child make an error, and you immediately took corrective action. You were busy. You were rushed. You probably had multiple kids running around. So you were constantly putting out the next fire.

In the midst of so many things going on, you saw the good things your children did, but you forgot to or neglected to tell them.

The same thing happens to me unless I remind myself that I should always deliver positive statements when I convey negative statements. Because . . . there is always something positive I can say.

And that’s why I implemented the 3 Positives and 1 Negative rule . . . and introduced myself to the parents as an unconventional coach.

Some parents mocked me, and some, eventually, tried to have their child transferred off my team. Those were some hard days for me and even some hard memories. It doesn’t matter how old you are or how experienced you are, rejection is hard to process.

But I also heard from parents who said they saw remarkable changes in their kids. I remember one parent said her child was finally coming out of his shell. He was becoming a leader . . . all because someone believed in him.

And my most precious memory was the day that the high-scorers escorted a less skilled player all the way down the field to score his own goal. They didn’t score for him. They encouraged him one kick at a time. I was so proud of those boys. Their character poured out on the field, and they paid all the encouragement they ever got . . . forward. (I can barely tell that story without tears streaming down my cheeks. It was such a powerful afternoon.)

Those memories remind me that I did the right thing, even though I was unconventional.

There is always something
positive you can say.

As I said, most of my player were not going to play professionally. I felt called not only to teach them soccer skills, but also how to play as part of a team, to commit to something, to refuse to give up, to learn how to lose with grace (and some seasons, we got a lot of practice in this area), to win with humility—and most of all . . . to support each other.

Recently I heard from a new author. She had just received feedback from her copy editor—the person who finds your typos, removes your extra commas, and makes your writing easier for your audience to read.

The new author didn’t receive even one positive morsel of feedback, and she was discouraged. I had the same experience when I submitted my first manuscript for copy editing. The overachiever in me was devastated.

I don’t know if she intended to become a New York Times Bestselling author. I do know that she was inexperienced. She was still learning. She was vulnerable, and she put herself out there.

What I’m about to say seems to be unconventional in the publishing space . . .

We can always find something positive about your writing and your story. It would be impossible for a copy editor to balance each correction with 3 positive statements. I’m definitely not saying that should be your expectation.

But you should receive some encouragement from every member of your “team”.

You should feel comfortable to expect a little boost after each interaction.

After all, if you feel like a loser (to put it bluntly) during any part of the process, you risk ending the whole process . . . Soon you’ll find an easier hobby like rock climbing or hang gliding!

And none of us want that, so we need to keep each other motivated to move forward.

You should receive some encouragement
from every member of your “team.”

Are you receiving positive feedback?

If your memoirist or your writing group or your editor or your beta reader or your book designer isn't giving you positive feedback then they either:

1 Aren’t looking hard enough or forget to look at all.

2 Think you don’t care about positive feedback. They hold fast to the idea that you’re responsible for your own motivation and thoughts.

3 Think it’s not their job to encourage you. They think their job is a specific, mechanical task devoid of emotion.

4 Think it’s their job to thicken your skin because “you’ll get much more criticism later.” It may or may not be true that you’ll get lots of criticism.

If you publish only for your family, then the strict standards will be overlooked, and your audience will probably be kinder and gentler than most.

If you publish publicly for sale, then certain standards will be expected and the audience will be ready and willing to provide a wide range of feedback.

If you’re working with a traditional publisher, the publishing staff may need to expose you to the type of criticism you might receive, so you are prepared with coping strategies. That might be a necessary part of the process.

But the vast majority of my clients are more akin to my soccer players. They are not professional authors by vocation, yet they want to write. They want to tell their stories. They want to save their Legacy of Love for their families. Some of them want to sell their books. But not many of them aspire to be New York Times Bestselling authors. Of course, they’ll be grateful for the royalties if they do, but finishing the book is the goal.

Finishing the book is the goal.

Action you can take

1 Make sure the people on your “team” are the right people for you.

My copy editor believes we work toward the same goal for our clients. She leaves her ego at the door. That's why she’s the type of person I like to have on my team.

2 Make sure you tell them what you want and need from them whether you are paying or bartering.

If you ask for feedback, be specific. What type of feedback do you want and in how much detail?

And when you are asked to do your part (e.g., write, review, meet, etc.), make sure you follow the agreed upon schedule and follow the expert’s directions. (A Thank You also goes a long way!)

3 You can’t (and shouldn’t want to) escape the corrections and suggested modifications, but you can expect the feedback to be delivered with a morsel of positivity.

Don’t be afraid to change your team if your team isn’t lifting you up while they are providing constructive criticism.

There is a memoirist and a coach and an editor and a beta reader and a book designer, etc. just waiting to help you succeed.

If you’d like to team up with me, send me a positive message and let’s see how we can work together.